A mother's dilemma..Does it get easier?

One dinner our can bring out some conflicting emotion to surface and make you realize how the whole “strong mom” can go downhill in no time.
I could remember the same incident couple of years ago and I avoided writing about it but this time it must be out.
Anand has been waiting for his YMCA leaders rally for couple of weeks now. He was very excited, I am sure he was nervous at the same time.
Last Sunday the bags were packed and put away. So not like his mom, doing things till last minute. We didn’t talk about it too much because neither of us knew what to expect.
On Friday when we dropped him to take the bus the camp my heart sank just a little but swell with pride. My son was going away for two nights and he followed the instructions and packed his stuff. He was excited and nervous at the same time but he tried not to show it. At the same time his brother was taking bus home. After picking up Ajey we decided to eat out just like that. In that nice restaurant, it suddenly hit me how easy it was to just randomly do something. Nothing to worry about, the conversation flew so easily among three adults, we made joked, took pictures and talked about various things in our life. Suddenly I realized we didn’t have that for such a long time. Eating out was always all about picking a restaurant Anand would like. The dish to order, sensory overload, too many people or just the rush to finish the dinner.
Soon I got a picture of pizza slices and I knew he was happy and enjoying his meal and suddenly I was in much better place but the guilt of enjoying a hassle-free meal remained with me for a long time. I struggled justifying it finally I gave in. It was time for being a mom to Ajey and not worry about anything else.
I thought I was over this but no I cannot be. Talking to a friend today about it was as harder as living that. I thought it has to get out and some of you would be able to understand that its not easy to compartmentalize our relationships with our kids.

At the center, ready to board the bus. He didn't want to do anything with his photographer mom. I was happy with the back shot.

He was happy with Pizza and Soda for his dinner. That ONE text made my day. 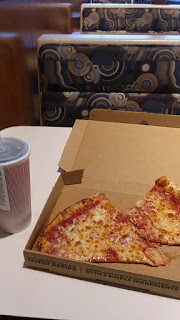 Having Ajey with us  was so different. 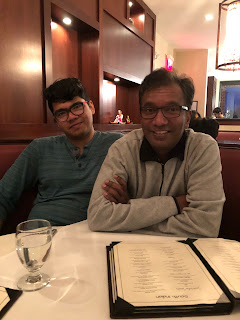 The mother in me finally gave in and enjoyed the time with my first born. 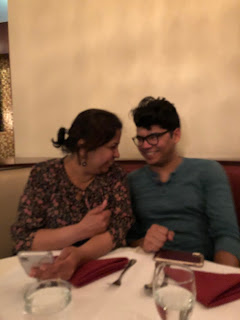 We picked up Anand back on Sunday around 3.30. He was away for good 48 hours. I heard few things about camp, hopefully soon I will get the whole picture. 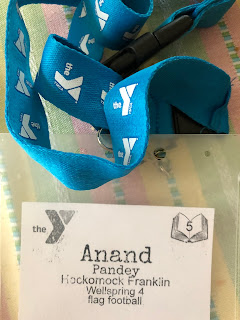 He grew so much in two days I felt. I got a hug and he carried his bags to the car. 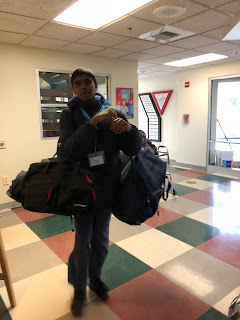 Below are the pictures from June 4th, 2016 - Ajey's Bday. Anand was at volunteer event and 3 of us went for lunch. I couldn't post these pictures, had trouble looking at them.. thinking how could I be so happy without Anand.  Finally today I am OK posting them and telling myself.. its OK to be Autism free once a while. 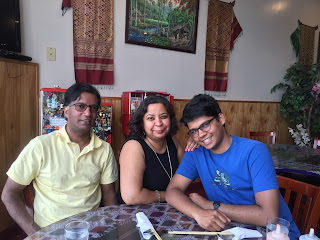 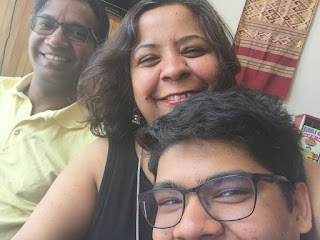 This morning on my way to the city, all I could think of “1 in 52”. Playing in my head over and over again was how important it was to be in State House today, how important advocacy, our voice, our kids’ voice, a research to find answer and everything else to have our children live in better world. Walking through Boston Common a woman complimented me on my Saree and I couldn’t wait to respond her that I wore “blue” for Autism Awareness and Acceptance day. She was quicker to respond that her cousin is autistic. Somehow, we just felt connected. Just like that - one sentence changed us from stranger to friends.
In that room, Today I witnessed the power of perseverance, the power of mom’s will, the support of friends, the agony of a dad and above all the desire to do more for our kids.
I met some old friends and made some new. My blue saree sure drew many compliments but at the same time It carried a message. That it is time we all come together and find some answer, let law makers hear our concern and take this epidemic seriously.
Listening to two self-advocates was the reminder that sky is the limit, Our kids have every right to dream and achieve what they want.

1 in 52 - time to do more.. More advocacy, more research and acceptance. 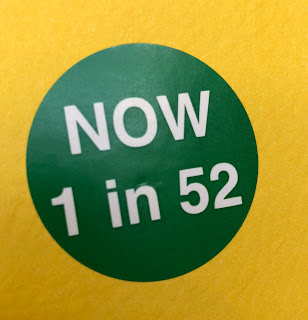 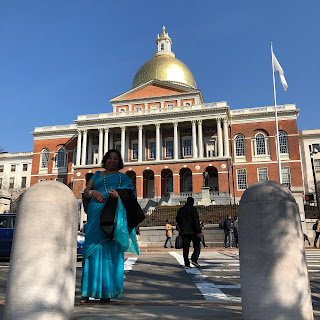 The cutest advocate - was there to voice her concern on behalf of her brother. 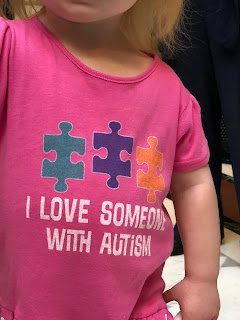 The best hair accessory in the world. 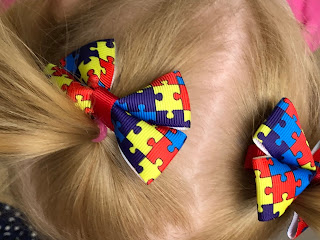 This handsome man was there to support his brother and accompanied her mother today.. Advocacy has no age bar.. 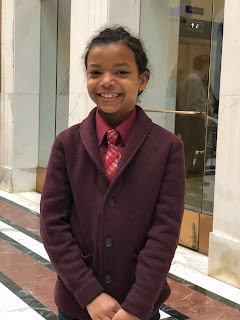 A room full of advocates, families and self-advocates in the state house was a heartwarming experience. 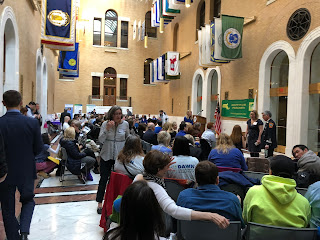 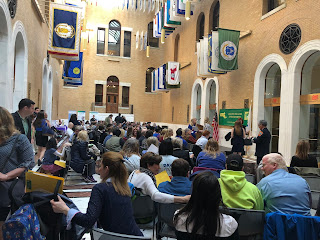 Senator Michael Moore.. A champion for families with Special needs.We need more of them. 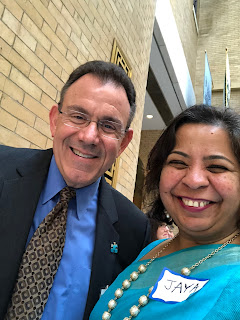 Heather Hegedus, a mom and a wonderful MC today, with the best photo Bomber one can ask for. The Amazing Sue Loring. 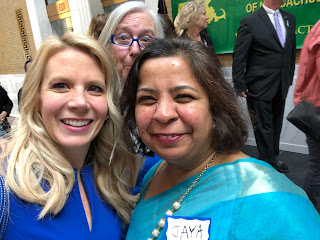